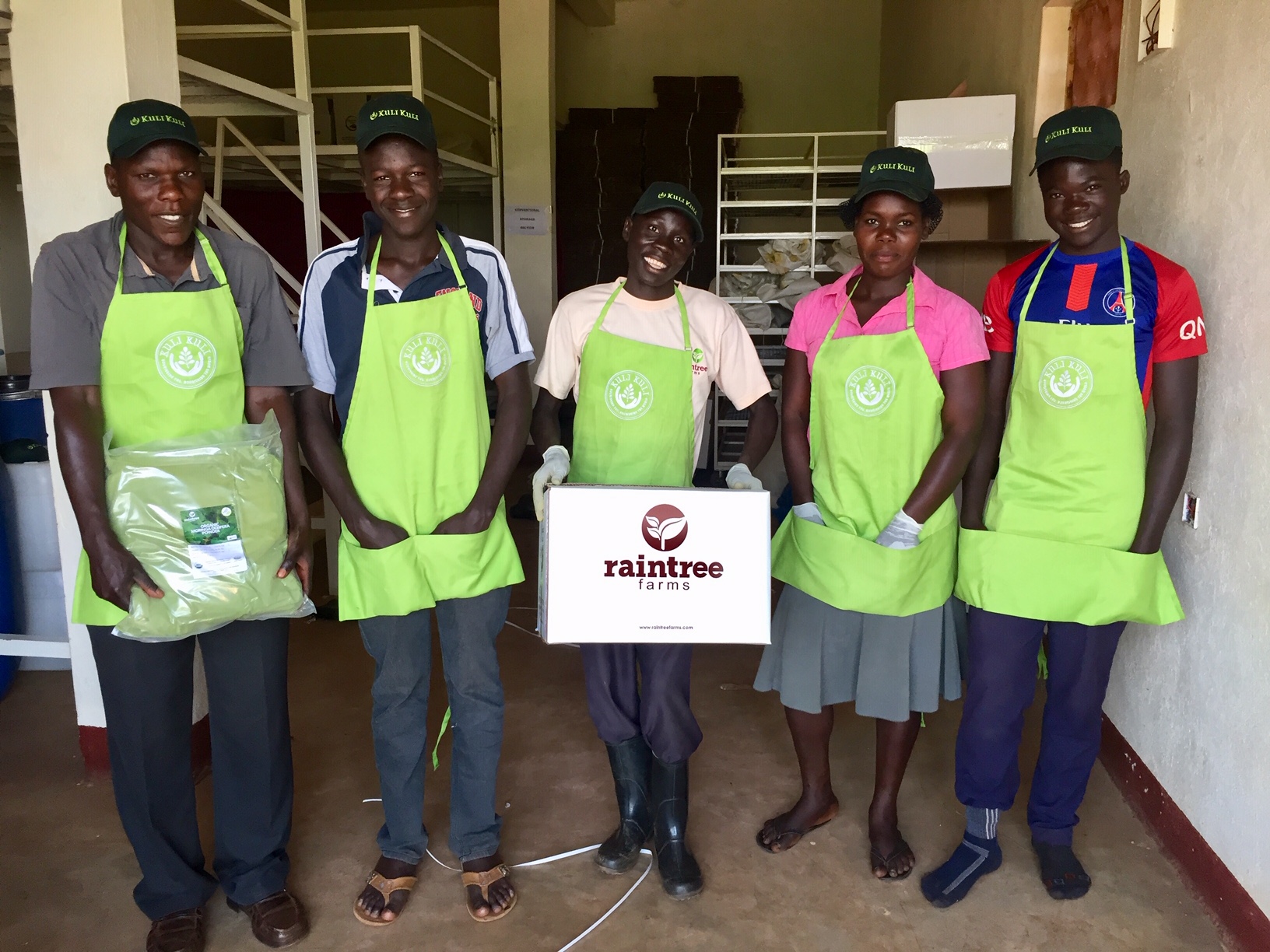 We are in the middle of a shift in how development is financed. As traditional channels face rising challenges, impact investing is on the rise.  A report  by the Global Impact Investing Network estimates that the value of the impact investing market – defined as investments made with the intention of generating social and/or environmental benefits on top of financial returns – is around US$502 billion and rising.

The Yield Uganda Fund is an example of impact investing being used to promote rural development – a strategy that will be key to meeting the SDGs.

Conceived and partly funded by the European Union, the US$20 million fund is targeted at small- and medium-sized agribusinesses (SMAs) with linkages to low-income farmers, and represents IFAD's first foray into impact investing. It is also a rare example of a development-focused impact fund that is located in the same country in which it is investing (they are usually located abroad in countries with better-developed financial sectors). A Business Development Services (BDS) cost sharing facility is attached to the Fund, addressing key gaps of the SMAs. As of April 2020, the Fund has invested close to EUR 6 million in seven SMAs in Uganda.

Given the Fund's novelty, the scope for learning from its implementation is immense. To capture these lessons in a thorough and systematic way, the Fund’s implementing partners have established an innovative M&E system consisting of the following four levels (summarised below).

To track the progress of the investees, the Fund Manager (Pearl Capital Partners) administers a logframe-based monitoring and reporting framework. This tracks the financial performance of the businesses as well as other performance indicators linked to the Environment, Social and Governance Framework, an internationally-recognised set of standards that are commonly used by impact investing donors to monitor investments.

Tasking the Fund Manager to conduct this level of monitoring is a strategic choice. It ensures they take ownership of all of the required outcomes of the investments (not just the financial returns), and helps to build local capacity for impact investing in Uganda.

The second level of the system will capture the Fund’s impacts on low-income farmers who are linked to investee businesses. While monitoring impacts on the businesses themselves is common for impact funds, attempts to rigorously measure impacts on people linked to the business are rare. This is complex as it requires the identification of a control group with which to compare the expected beneficiaries in order to separate the impacts caused by the investment from other influences.

For a sample of investee businesses, two rounds of quantitative household-level data will be collected, one at the point of the investment and another after five years. For each business, the data will cover sets of beneficiary and control farmers, based on which we will estimate impacts on key indicators such as yields, income, poverty and resilience, using additional qualitative data to identify factors that shaped these impacts.

As well as capturing the impacts of individual investments, the data will also be used to estimate the overall impact of the Fund’s portfolio using statistical extrapolation and aggregation techniques. Something that, to the best of our knowledge, has not been attempted before.

So far we have completed baseline data collection for two investees. The first was Sesaco, a Kampala-based soybean processing company that sources its raw materials from smallholder farmers organised into Farmers' Groups in the surrounding area. The beneficiary group for this business consisted of Farmers’ Group members who the Sesaco management expected to work with moving forward, and the control group was formed from members of similar Farmers' Groups that were located outside of Sesaco’s area of operation.

The second was CECOFA, a cooperative of smallholder coffee farmers. With CECOFA members as the beneficiary group, the control group was identified from members of similar cooperatives that had not received similar support in nearby areas.

Level Two has heavy data requirements, and it would not be cost-efficient or feasible to conduct such a study for each of the 12-15 expected investee businesses of the Fund.

The businesses not covered by Level Two will be covered by lighter qualitative studies based on two rounds of Focus Group Discussions and Key Informant Interviews, conducted at the point of the investment and again five years later. The data will be designed to track the impact of the investment on both the businesses and linked farmers, and will cover the staff of the business, beneficiary farmers, and the Fund management team.

This layer will ensure that useful insights from businesses not covered by Level Two are not missed, and will also contribute to the aggregation exercise, helping to build a comprehensive picture of the overall impact of the Fund and to maximise the lessons that are drawn from its implementation. A local consultant will lead the studies and will commence data collection for the first investee early this year.

Lastly, a series of fund-level studies will be undertaken to gauge the usefulness of setting up Yield Uganda for policy dialogue and influencing policy reforms (taxation of impact funds, legislation related to registration of funds in Uganda, etc).

Through interviews with key stakeholders, and given that as above explained Yield Uganda fund is a rare example of a development-focused impact fund that is located in the same country in which it is investing, the influence of the Fund in the Financial Sector Development of Uganda will be studied.

Additionally, Fund staff and some other stakeholders will dissect the mechanics of the Fund and assess the efficiency and expected results of its different aspects including the governance set-up, the BDS facility, and ESG strategy.

These studies will delve into the macro-level impact of the fund and the potential policy reforms it is able to influence. As part of these studies, we will assess the performance of this funding instrument vis-à-vis other private sector development programs, along with the viability of such interventions and the potential for scaling up in Uganda and elsewhere.

More information about the investments can also be found on the Fund Manager website.