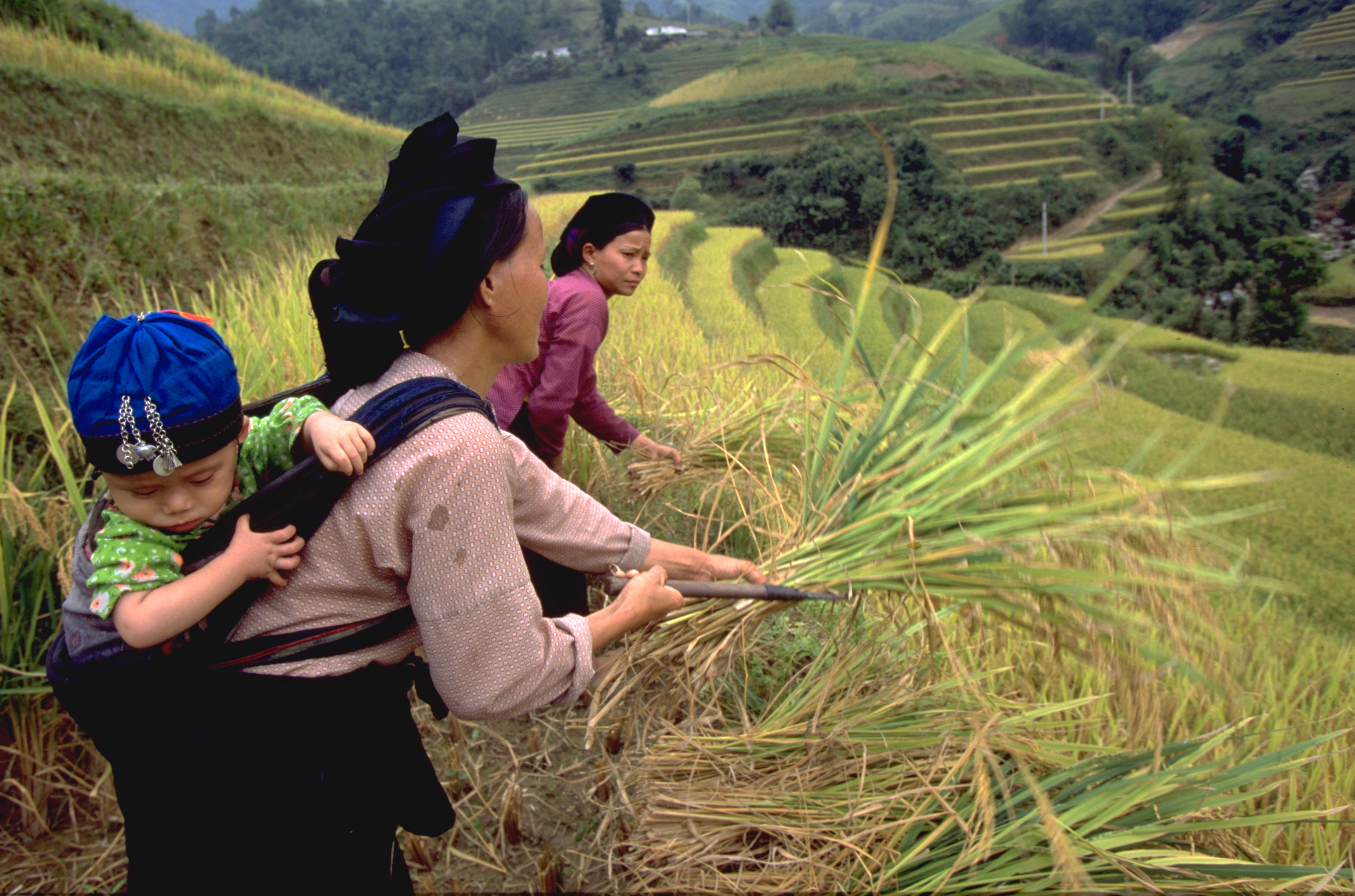 Whilst women are disadvantaged with relation to men in practically all areas, in the countryside this condition is even more critical and invisible. This is a serious situation given that in Mexico, as in the rest of the world, women are responsible for almost half of rural production.

To ensure sustainable rural development, it is essential that all rural development policies and programmes are based on a gender approach. This would have a significant impact not only on the rights and quality of life of women, but also on the fight against poverty and the reduction of hunger.

In Mexico, the population ratio between men and women in rural areas is equal to that of the country's total population: for every 50 men there are 52 women. However, despite the fact that women are responsible for approximately 50% of food production, only 12% of the rural labour force is female. This suggests one thing: rural women work more and produce more. This also raises many questions about the labour conditions under which women do this work.

This gap between female rural labour and their productive contribution can be explained by several reasons. On one hand, a large part of the productive activities carried out by women in rural areas are unpaid, as they are considered as mere help or as a family responsibility rather than actual work. On the other hand, the wage gap in the rural sector in Mexico is 66%, i.e. female workers get paid less than half of what a man would receive for performing the same activity. Also, women in rural environments work on average up to 22 hours more per week than their male counterparts.

In addition, 97% of rural women formally employed in agricultural and fishing activities carry out unpaid activities, mainly domestic chores, care work and community work. Migration trends also have a relevant impact on the labour dynamics of rural women, as they force a redistribution of agricultural work. This means that in the countryside most women have a double working day and workload.

Not only do women in the countryside face labour inequality, they also have restricted or limited access to land tenure, financial instruments, political representation, training, education and productive resources. All these conditions translate into systemic inequality that makes their social mobility practically impossible.

An equally alarming fact is that according to data from CONEVAL and INMUJERES approximately 90% of women living in rural localities suffer from some form of poverty or are vulnerable due to social deficiencies, and 18% of them are indigenous. This means that the condition of vulnerability of most of these women is inter-sectional, that is, they personify the sum of all the disadvantages of the most vulnerable groups.

In Mexico there are initiatives and programmes to address the problem, such as the Mesa de Mujeres Rurales Indígenas y Campesinas (MMRIC), a coordination and linkage mechanism between thirteen federal government agencies established in 2014, whose purpose is to mobilize human and budgetary resources to promote the development of women in this sector. Despite this initiative, actions to ensure gender equity in the rural sector remain insufficient.

Many of the programmes identified by the units that make up the MMRIC as actions aimed at improving the situation of women in rural areas consider that simply because women are part of the target population of these programmes, the rural population, will benefit and do not take into account the barriers to access, or the condition of greater vulnerability they face. In other words, they do not have a gender perspective.

Of the thirteen programmes of the Ministry of Agriculture and Rural Development (SADER) in force in 2019, seven considered gender quotas or prioritisation of women's applications in their operational guidelines. However, of these, only one, the Rural Development Programme, took into consideration the systemic disadvantages that women face in order to meet the eligibility criteria for government support and, consequently, established specific election criteria for women applicants.

One of the criteria that puts potential applicants at a major disadvantage is the legal accreditation of the property, since in Mexico, specifically in the agrarian nuclei, only 25% of women are creditors of agrarian properties. So despite the fact that some of the government programmes establish gender quotas or prioritise women's applications, many women do not even have the possibility of being considered, as the eligibility criteria do not take into account their situation or their ability to meet them.

In contrast to the above-mentioned programmes, Sembrando Vida stands out, as it starts from a slightly broader gender focus. This programme, managed by the Secretariat of Welfare, incorporates in its operational guidelines some affirmative actions with the aim of strengthening the access of women in rural areas to economic and productive resources, savings instruments and training. For example, it offers women who do not own land the possibility of presenting sharecropping contracts, while providing follow-up and technical assistance for their execution, determines that operational and technical personnel must be trained in gender issues and at least 30% must be women, indicates that the work plans of rural women will be established after a diagnosis of the use of their time, and, because the programme provides economic resources and establishes a bank savings system, it aims to contribute to their access to financial instruments. Although these guidelines do not resolve systemic inequalities, progress has been made at the mandatory level, and their impact on achieving the programme's objectives and improving the situation of women in the rural sector will have to be assessed.

How can rural development be promoted if practically half of its population is ignored, how can the quality of life of the rural population be improved if the particular conditions of rural women are ignored, how can food security be achieved if those who produce a substantial part of the food are made invisible, how can poverty be eradicated if those who suffer most from it - women in rural contexts - are not given priority?

The answer to these questions: rural development will have to be feminist, or it simply will not be. Because women are a key actor in agricultural productivity, the first condition for ensuring rural development must be to address the needs and welfare of this sector of the population, as well as to guarantee their equal and timely access to their rights.

Mariana Gallardo (@marianushka06) is a knowledge management associate in the Programme for Rural Monitoring and Evaluation.

This column was originally published by Animal Político on March 27, 2020 in the "Evaluación y Decisiones" column of CLEAR LAC. You can consult the original note at: https://www.animalpolitico.com/evaluacion-y-decisiones/el-desarrollo-rural-sera-feminista-o-no-sera/