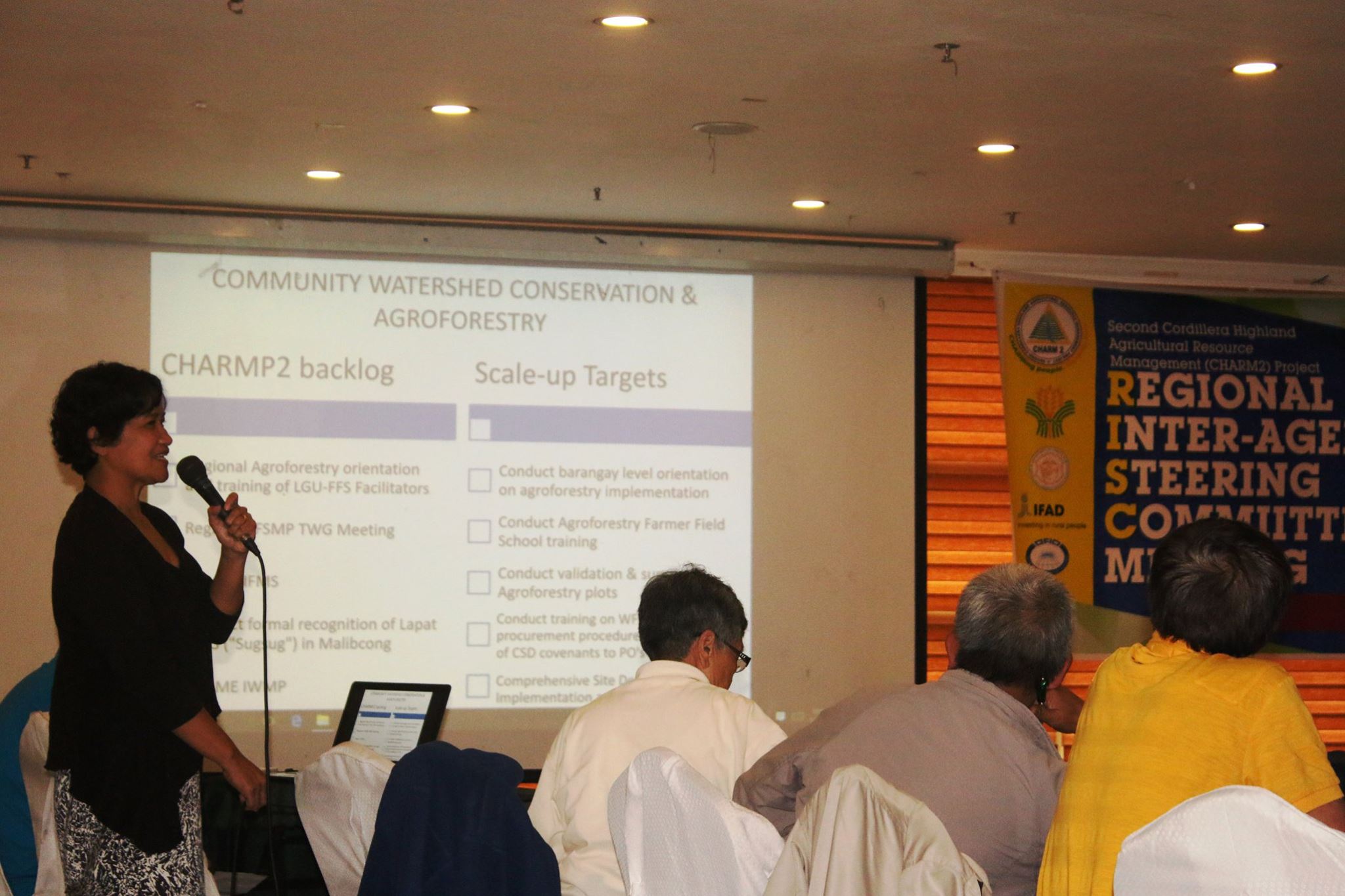 M&E and Stakeholders: The Use of M&E for Decision-Making in CHARM2 Scaling Up Project
Leer en español | lire en français |

The year 2019 should have been the final one of CHARM2 Scaling Up Project*. Sadly, it was not the case. From the start, the project has had to deal with delayed funding, which was the effect of an unsynchronized process for the project approval. On the second quarter of the final year, the overall progress of the project was at 65% -much lower than the expected 80%.

In this scenario, the M&E unit had to explain the situation to project stakeholders. We had to let them know that despite their readiness to implement the planned infrastructure projects, the national government didn't provide the funds for it; thus, implementation couldn’t proceed yet. In PRiME training, I learned valuable data analysis and interpretation skills, as well as M&E results visualization tools, which were useful to present the project's situation to the affected stakeholders.

We presented the project progress to the governors of the six provinces of the Cordillera Administrative Region and to directors of the agencies in charge of the region’s development at the Regional Inter-agency Steering Committee (RISC) Meeting. The Monitoring and Evaluation Coordinator of the project presented the overall performance through graphs that compared target outputs to the actual progress made. He explained that the wide discrepancy was mainly caused by the delayed access to funds as a result of the late approval of the national budget.

For the meeting, I was asked to prepare one slide that explained the project’s financial situation; which was further aggravated because the annual funds for infrastructure development had been omitted. The explanation was well received, and other agency representatives expressed interest in how the Department of Agriculture would deal with this problem, as they were experiencing the same situation. Regional representatives from the National Economic Development Authority asked how they could help and committed to investigating how the situation of the Project could be resolved.

PRiME course helped me to realize that projects do not carry on M&E activities for their own sake.  The collected information is used to make and support important decisions that will have an impact on the project. Also, that the information that I pass to my supervisors is relevant to their decision-making process.

I’m committed to sharing what I have learned in PRiME with my M&E team. We’ll strive to use our recently acquired knowledge to better monitor and evaluate our project.

Looking forward, I think we are better equipped for the challenging task of conducting an evaluation and for preparing the Project Completion Report.

*This project is the result of the evolution of The Cordillera Highland Agricultural Resource Management (CHARM) Project, initially executed by the Government of the Philippines through the Department of Agriculture (DA) and jointly funded by the Asian Development Bank (ADB) and the International Fund for Agricultural Development (IFAD) between 1997 and 2004. The project aimed at reducing poverty among indigenous peoples of three provinces of the Cordillera Administrative Region of the Philippines. Due to its results and the need to make their interventions sustainable, the project was scaled up into the CHARMP Project, which extended its activities on all six provinces of the region, but with a special focus on the areas where poverty was most severe. Finally, in 2018, a new scale-up of the project was approved. This time, the Project mainly focused on the development of rural infrastructure, agroforestry, and livelihood in the Cordillera.